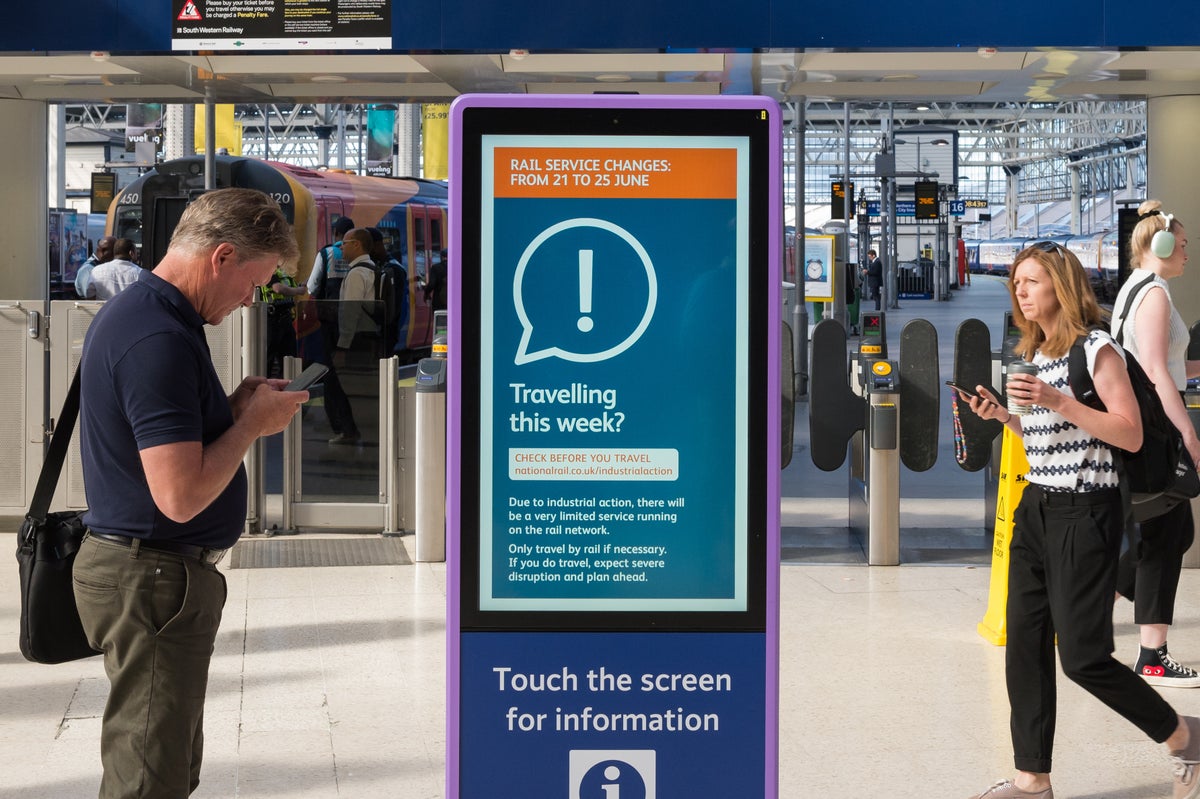 Boris Johnson’s plan allow the use of agency staff to break strikes will break In the international commitments, recruiters have warned.

The head of the Recruitment and Employment Confederation, which represents more than 3,000 agencies, also warned the idea would fail to avert the rail strikes and would only “prolong” the bitter dispute.

The confederation joined with the TUC in a joint call on business secretary Kwasi Kwarteng to drop plans to repeal the ban – introduced in 1973 by Edward Heath’s Conservative government – ​​as a ‘Summer of Discontent’ looms. The union body warned that the move would breach international labor laws.

David Cameron backed down on an earlier bid to force the change through in 2015, but the idea was revived in the 2019 Conservative election manifesto.

Sources close to Mr Kwarteng confirmed he will table secondary legislation later this week with the aim of getting rid of the ban by mid-July.

The business secretary said: “Repealing these 1970s-era restrictions will give businesses the freedom to access skilled, temporary staff at short notice. Legislation is on its way. “

But unions said it would do nothing to resolve the wave of rail strikes planned by the RMT union, as agency staff will not be able to replace skilled workers like train drivers and signalmen.

A TUC spokesperson told The Independent: “The government is trying to distract from its own failures to push through anti-union laws.”

But a source close to the business secretary said the change was not targeted at the rail industry, but would cover every sector of the economy.

“With almost every trade union in Britain threatening industrial action this summer, there are clearly parts of the economy where temporary workers would be of use to employers,” said the source.

REC chief executive Neil Carberry, the Confederation’s chief executive, said: “The government’s proposal will not work. Agency staff have a choice of roles and are highly unlikely to choose to cross picket lines. Agencies want the ban to stay to avoid them being pressured by clients into supplying staff in hostile and potentially dangerous situations.”

He pointed to the “salutary lesson” from the P&O dispute earlier this year, when agencies suffered damage to their reputations after supplying staff to replace staff made redundant without notice by the ferry operator.

“In all disputes, our aim should be to resolve conflict, not to prolong it,” said Mr Carberry. “Inserting a different firm’s workers into the middle of a dispute can only ever inflame tensions.

“We urge ministers to re-consider this wrong-headed approach, which runs counter to the standards adopted by the employment industry globally. Business is best served by negotiations, not showdowns.”

In the House of Commons, shadow transport secretary Louise Haigh accused the government of “adopting the P&O playbook, warning: “Replacing skilled safety-critical staff with agency workers cannot and must not be a solution.”

Huw Merriman, the Conservative chair of the Commons transport committee, also dismissed the idea that strike-breaking could solve the rail dispute.

“Many of those who will go on strike are in skilled areas. You just cannot replace without going on 12 months’ training for a signalman,” he pointed out.

Mr Merriman questioned why the government is dragging its heels on a separate plan to require a “minimum service level” during strikes in key industries, such as rail.

The idea was floated many months ago, by the transport secretary Grant Shapps – but is now not expected to come forward this year, because it requires primary legislation.

“Just a few months ago, Grant Shapps slammed P&O for replacing experienced workers with agency staff. But now he’s proposing to do the same on railways,” said Mr Nowak.

The TUC said that the proposals would “almost certainly” breach international law, running counter to the International Labor Organization’s 1948 convention on freedom of association and protection of the right to organize.