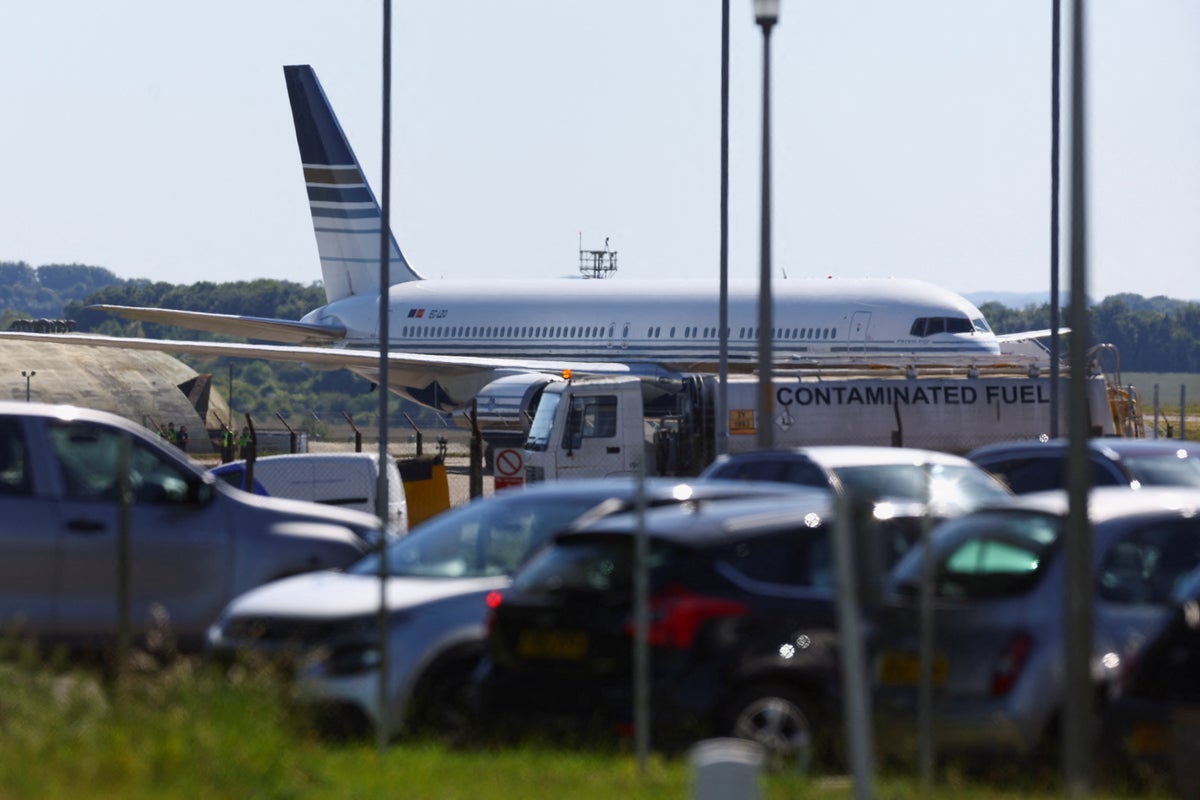 The sister of an Iranian Kurd who was due to be on the Home Office’s flight to Rwanda has recalled her call with him mere hours before the take-off was cancelled.

Her brother, who fled from political persecution in Iran, told her yesterday evening: “Just tell my family I love them, I’m really sorry for everything.”

She spoke to The Independent While her brother was being held in an immigration van on Tuesday night, waiting to be transported to the plane at MoD Boscombe Down.

The sister, who has been resident in the UK since 2010, said that in a conversation with her brother he told her “I am really sorry for everything” – something that made her very concerned about his state of mind.

“He has become a different person. He is not the person we used to know. He’s upset, he’s crying. I’ve never seen him crying, I can’t bear it,” she added.

“I always call him my baby because I am his bigger sister. He always came to me first with any situation.”

The Iranian was removed from the flight at the last minute on Tuesday night after another passenger, an Iraqi citizen, was successful in his appeal to the European Court of Human Rights.

The Iranian’s application for his removal to be stopped had been rejected at the High Court on Tuesday morning, despite his laywers appealing on mental health grounds and highlighting his relationship with his sister in the UK.

His sister said, before the flight cancellation, that she was “very worried” about him, insisting: “Rwanda is not going to be a safe place for my brother.”

She recalled how her brother had to leave Iran due to his political activities. “We have a political family,” she said, “Half of our family are political and my brother was eager to join the calls for democracy in Iran.”

He fled to Turkey and became a victim of human trafficking. “He has been abused by traffickers. They tortured him and filmed a video, which they sent to our family. Psychologically and physically he has been abused,” his sister told. The Independent.

The man arrived around five weeks ago in the UK and his mental health is understood to have been deteriorating.

“I am really worried about him,” his sister said. “I’m worried what would he would do to himself if he goes to Rwanda. I don’t think there are any guarantees for my brother’s safety.”

Home secretary Priti Patel vowed late on Tuesday that her department would press on with plans for their next deportation flight.

“We will not be deterred from doing the right thing and delivering our plans to control our nation’s borders,” she said. “Our legal team are reviewing every decision made on this flight and preparation for the next flight begins now.”

A human rights lawyer, who represents a man due to be flown to Rwanda, told BBC Breakfast that the government should wait until a judicial review on their deportation policy is heard before attempting another flight to Rwanda.

Score and latest updates from the Cincinnati Open