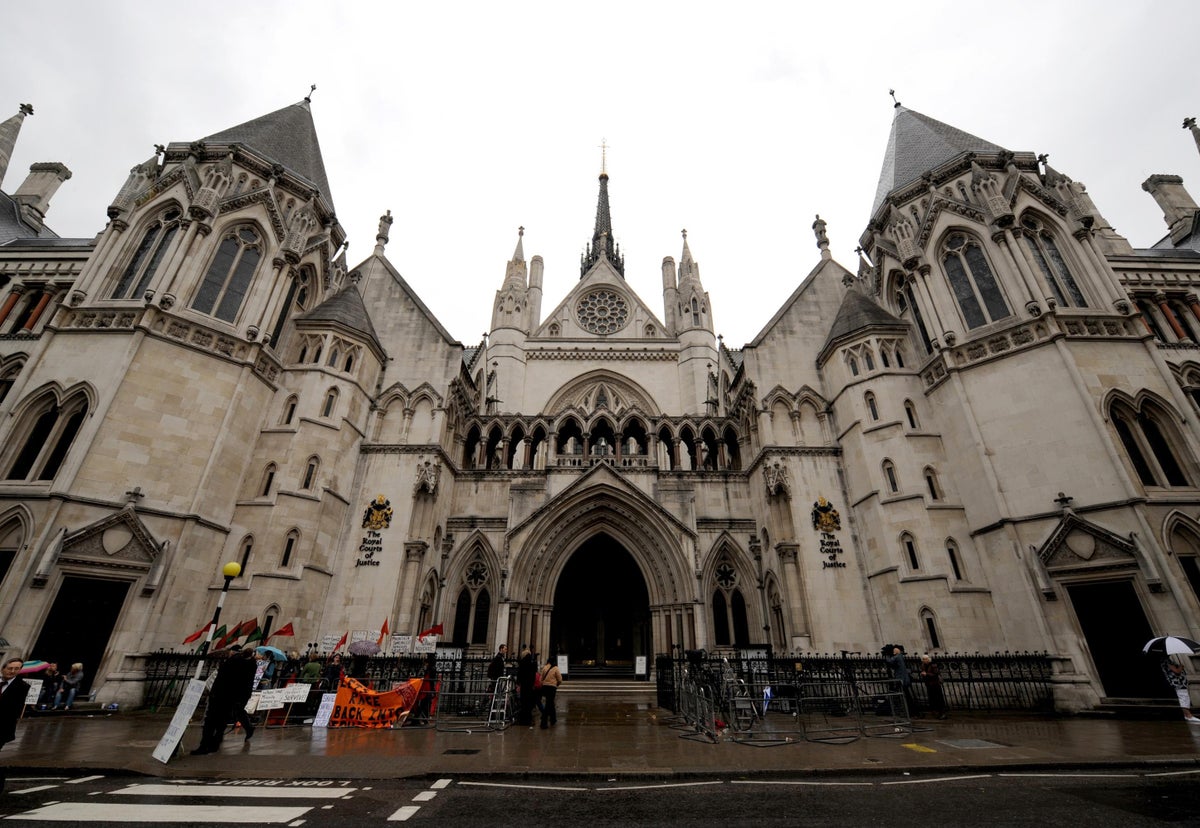 A businessman and Conservative Party donor who is suing one former Conservative MP for libel has told a High Court judge why he decided not to take legal action against another.

Mohamed Amersi has accused Charlotte Leslie, former MP for Bristol North West, of publishing a “series of documents” to a number of “influential individuals” and defaming him.

He has told Mr Justice Nicklin, who oversaw a pre-trial hearing at the High Court in London on Monday, why he decided not to “commence legal proceedings” against Sir Nicholas Soames, former MP for mid-Sussex.

Mr Amersi suggested that one reason was that a former Parliamentary colleague had “discouraged” him because of Sir Nicholas’s “close proximity to the Prince of Wales”.

One of Mr Amersi’s lawyers told the judge, in a written witness statement, that Miss Leslie had published documents between December 2020 and mid-January 2021.

Lawyers representing Miss Leslie indicated she was disputing claims made against her.

Mr Amersi told the judge, in a written witness statement, how he also knew that Sir Nicholas had sent a “document or documents” to Conservative Party co-chair Ben Elliot.

He said he had decided not to “commence legal proceedings” against Sir Nicholas, grandson of former prime minister Sir Winston Churchill, for a number of reasons.

Mr Amersi said it was his belief that Sir Nicholas had been “misled” by Miss Leslie and was not the “individual” who should be “held responsible” for the “publications complained of”.

He told the judge that Sir Hugo Swire, former Conservative MP for East Devon, had “also discouraged me from commencing proceedings against Sir Nicholas” due to Sir Nicholas’s “close proximity to the Prince of Wales”.

He also said Bahrain ambassador Sheikh Fawaz had suggested that “his king” would be “very upset” if Sir Nicholas was sued.

Mr Amersi has also sued the Conservative Middle East Council – of which Miss Leslie is the director.

The judge heard that Mr Amersi was the founder of Conservative Friends of the Middle East and North Africa (COMENA).

Mr Amersi told the judge, in his witness statement, that he knew that “Sir Nicholas Soames sent a document or documents to Mr Elliot”.

He explained the “context” in which he had decided not to commence legal proceedings against Sir Nicholas.

“It was my belief (and remains my belief) that Sir Nicholas was (mis)led by (Miss Leslie) and thus, although he should have conducted his own independent fact-checking, he is not the individual who should be held responsible for the publications complained of.”

Mr Amersi added: “Sheikh Fawaz drew my attention … that if I should ever sue Sir Nicholas, his king would be ‘very upset’ because the King of Bahrain and Sir Nicholas attended the Royal Military Academy of Sandhurst together.

“I understand from my solicitors, following their research, that Sir Nicholas and the King of Bahrain in fact both attended the Mons Officer Cadet School which closed in 1972, with its responsibilities then transferring over to the Royal Military Academy of Sandhurst.

“It was made clear to me that if I sued Sir Nicholas it would make it difficult, if not impossible for the government of Bahrain to ever engage with COMENA.”

He went on: “Finally, Sir Hugo Swire also discouraged me from commencing proceedings against Sir Nicholas due to the latter’s close proximity to the Prince of Wales (whose many charitable initiatives I support).”

Mr Justice Nicklin made decisions on a number of legal issues on Monday.

He is due to oversee a further hearing later in the year.

Mr Amersi said later in a statement: “This litigation is about (Miss) Leslie’s publication of a number of … documents to a number of high profile and influential recipients.

“I know the names of some of those recipients.”

He added: “I was hoping at the interim hearing today that the judge would order disclosure of the identities of those unnamed recipients.

“Instead, he has ordered that I first set out the serious harm that has been caused to my reputation by the publication to the named recipients.”

He went on: “… I am happy that the judge has decided that the question of whether and to what extent the publications to those that have been named caused serious harm to my reputation should be dealt with as the next step.

“This makes a great deal of sense and will I hope expedite matters.”