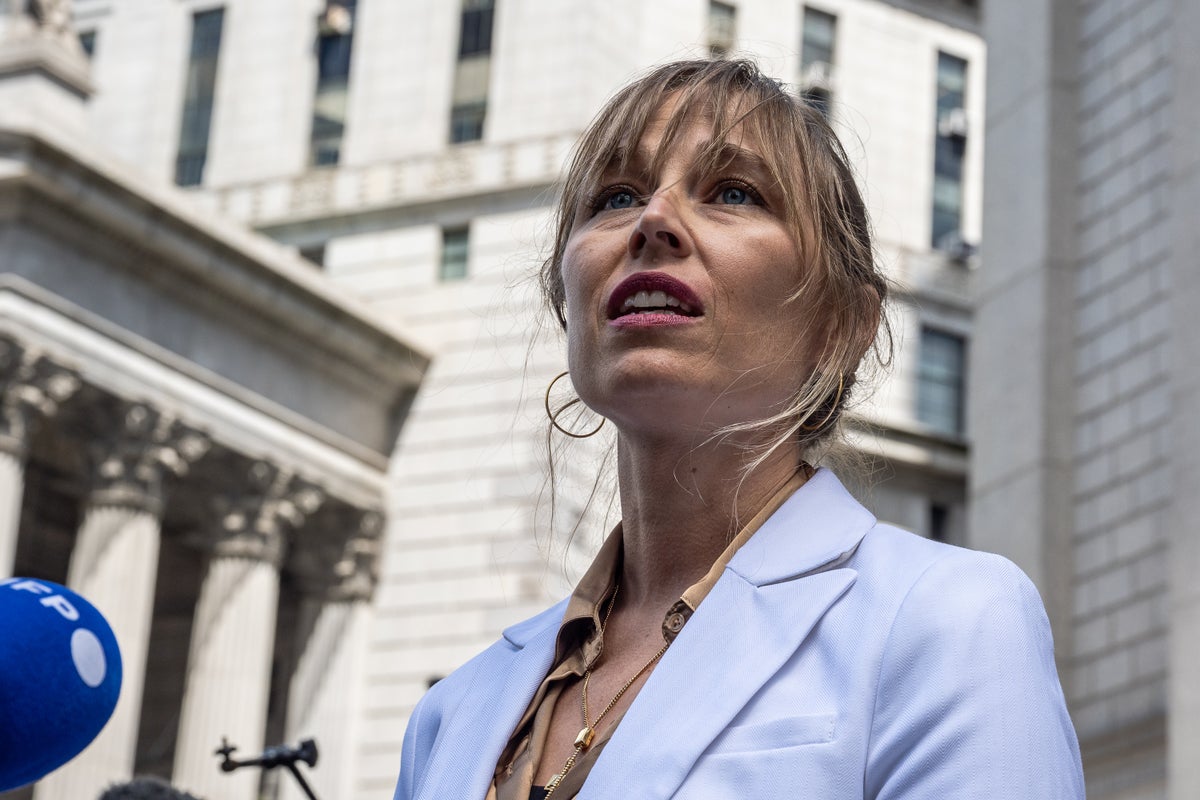 A victim of Ghislaine Maxwell has said she hopes more information will emerge about how the British socialite and disgraced financier Jeffrey Epstein were able to abuse young girls for so long.

Maxwell was on Tuesday sentenced to 20 years in prison for luring young girls to massage rooms for Epstein to molest.

One of her victims, Annie Farmer, said outside the Southern District of New York court that powerful institutions had protected the pair “for far too long”.

“Maxwell and Epstein were predators who were able to use their power and privilege to harm countless individuals,” Ms Farmer told reporters.

“I still hope that we find out more about how that was allowed to occur.”

Ms Farmer was one of those to read a victim impact statement to the court earlier, telling jurors she was left “frozen” when the socialite asked her to undress for a massage and rubbed her breasts.

Maxwell looked straight ahead and showed no emotion as judge Alison Nathan passed sentence in front of a packed public gallery.

The 60-year-old, who was described as “dangerous” by the prosecution during her three-week trial last year, helped entice vulnerable teenagers to Epstein’s various properties for him to sexually abuse between 1994 and 2004.

She was convicted of five offenses in December last year, including sex trafficking minors, conspiracy to entice a minor to travel to engage in illegal sex acts, and conspiracy to transport a minor with the intent to engage in criminal sexual activity.

Ms Nathan on Tuesday told the court Maxwell “repeatedly, and over the course of many years participated in a horrific scheme to traffic young girls, some the age of 14”.

The socialite apologized to her victims, saying she hoped her sentence will allow them “peace and finality”.

Addressing them directly, she said: “To you, all the victims that came to today inside the court and outside…I am sorry for the pain you have experienced.

“I hope my sentence… brings you closure… peace and finality. To help you put those experiences in a place that helps you move forward.”

“I know my association with Epstein will follow and forever stain me,” she said addressing the court moments before her sentence was handed down.

“It is the greatest regret of my life that I ever met Jeffrey Epstein.”

Ms Farmer outside the court described the apology as “hollow”.

“Her statement felt like a very hollow apology, to me,” she said.

“(Maxwell) did not take responsibility for the crimes that she committed – it felt like once more her trying to do something to benefit her and not at all about the harm that she had caused.”

Epstein was found dead in his cell at a federal jail in Manhattan in August 2019 while he awaited trial on sex trafficking charges.

The death was ruled a suicide.