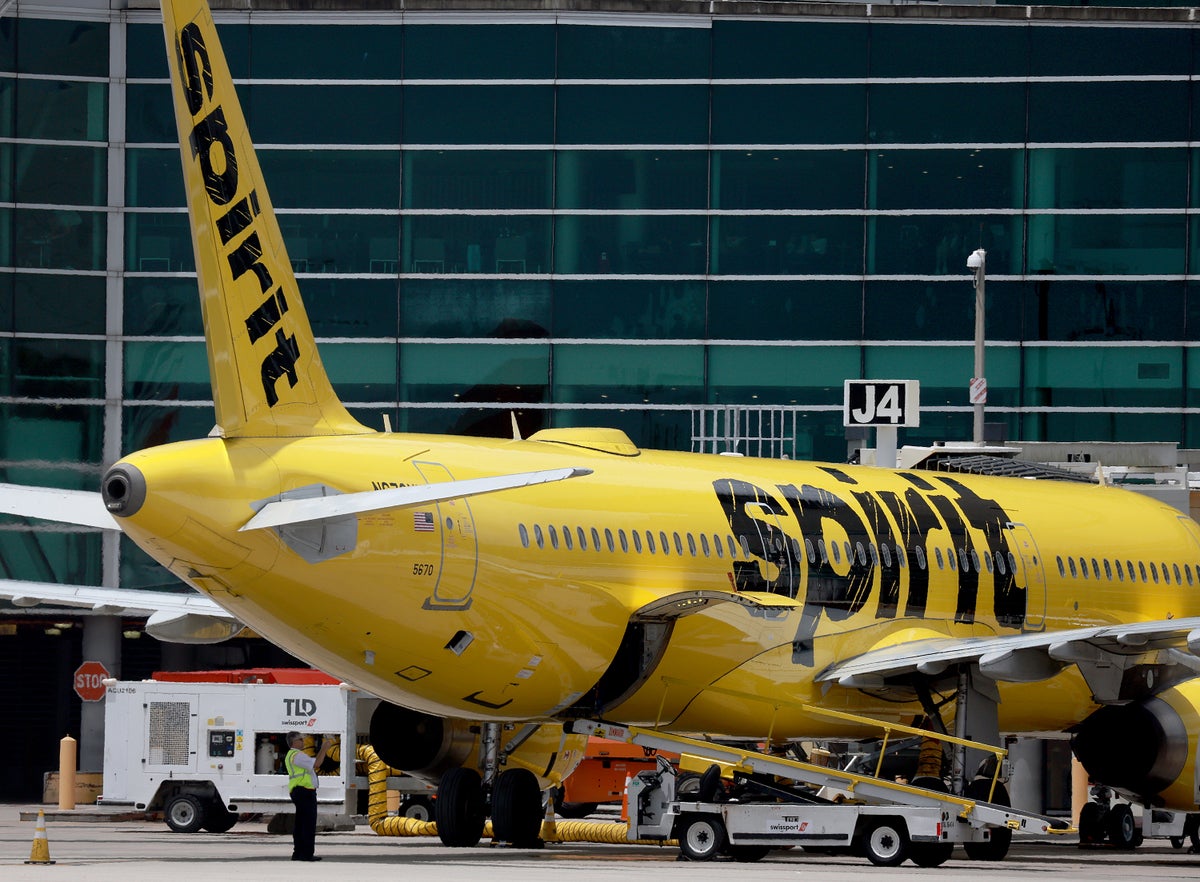 A Spirit Airlines official has been suspended after he was caught on camera punching a woman during an altercation at Dallas-Fort Worth (DFW) airport on Thursday.

A video of the incident shows the official and a woman arguing and screaming at each other.

As the customer squares up to the man and touches his face, the employee can be heard telling the woman: “You have lost your mind, don’t touch me ever in your life.”

The woman then tries to back away while another person intervenes to separate them.

But the two continue to argue, and the woman slaps the airline worker around the head, enraging him. He immediately chases her down and both fall to the ground.

When they get back on their feet, the airline employee strikes the woman from the behind.

More onlookers try to intervene and stop the employee but he tells one of them: “Knock me out.”

The brawl was captured on video by a bystander, Thomas Shannon.

“I am at the Panda Express, and we hear yelling, and I drop my food. And my instinct is to pull out the camera and start recording,” he told Fox4news.

The airline said that it was aware of the altercation and had suspended the employee.

“Our vendor at DFW has suspended the agent. Spirit Airlines does not tolerate violence of any kind, and we are working with local law enforcement to investigate this matter,” the airline said in a statement on Twitter.

Airport security personnel were not present when the incident took place but have begun an investigation into the matter.

The airline employee reportedly told police that the woman from Fort Worth became angry during the boarding process and got off the plane complaining that there was no seat.

He is said to have asked her to get in the queue to speak with the gate agent but she was uncoperative and cut through the line, according to witnesses.

The incident escalated when the airline employee attempted to take the woman’s boarding pass, the police said.

The woman has alleged that the airline employee was the aggressor, but his actions were not captured on video.

How to Leverage Influencer Marketing for your Hotel Opening