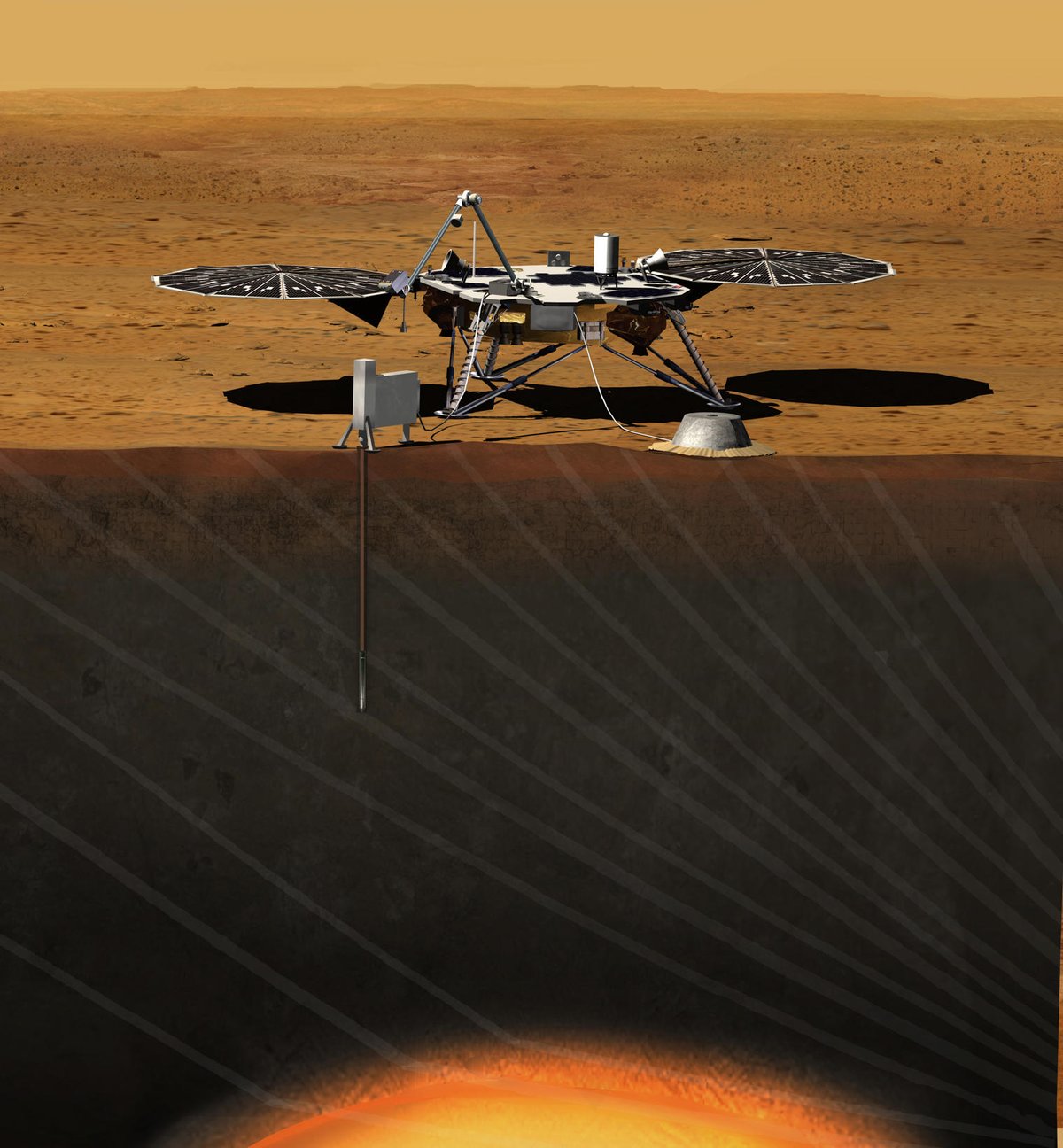 A Nasa lander on Mars has captured the vibrations and sounds of four meteoroids striking the planet’s surface.

Scientists reported that the InSight lander detected seismic and acoustic waves from a series of impacts in 2020 and 2021.

A satellite orbiting the red planet confirmed the impact location, as far as 180 miles from the lander.

Scientists are delighted by the detections — a first for another planet.

The first confirmed meteoroid exploded into at least three pieces, each leaving its own crater.

An 11-second audio snippet of this strike includes three “bloops”, as Nasa calls them, sounding like metal flapping loudly in the wind here on Earth.

“After three years of InSight waiting to detect an impact, those craters looked beautiful,” said Ingrid Daubar of Brown University, a co-author of the research paper in the journal Nature Geoscience.

The InSight team expected to pick up numerous meteoroid strikes, given Mars’s proximity to the asteroid belt and the planet’s thin atmosphere, which tends to keep entering space rocks from burning up.

Impacts are the clocks of the solar system. We need to know the impact rate today to estimate the age of different surfaces.

The lander’s French-built seismometer may have missed impacts because of interfering noise from the Martian wind or seasonal changes in the atmosphere, but now scientists know what to look for, according to Nasa, which is likely to result in a surge of detections.

“Impacts are the clocks of the solar system,” French lead author Raphael Garcia said in a statement from the Higher Institute of Aeronautics and Space in Toulouse.

“We need to know the impact rate today to estimate the age of different surfaces.”

Launched in 2018, InSight has already detected more than 1,300 marsquakes. The largest measured magnitude 5 earlier this year.

The marsquakes generated by the meteoroid impacts registered no more than magnitude 2.