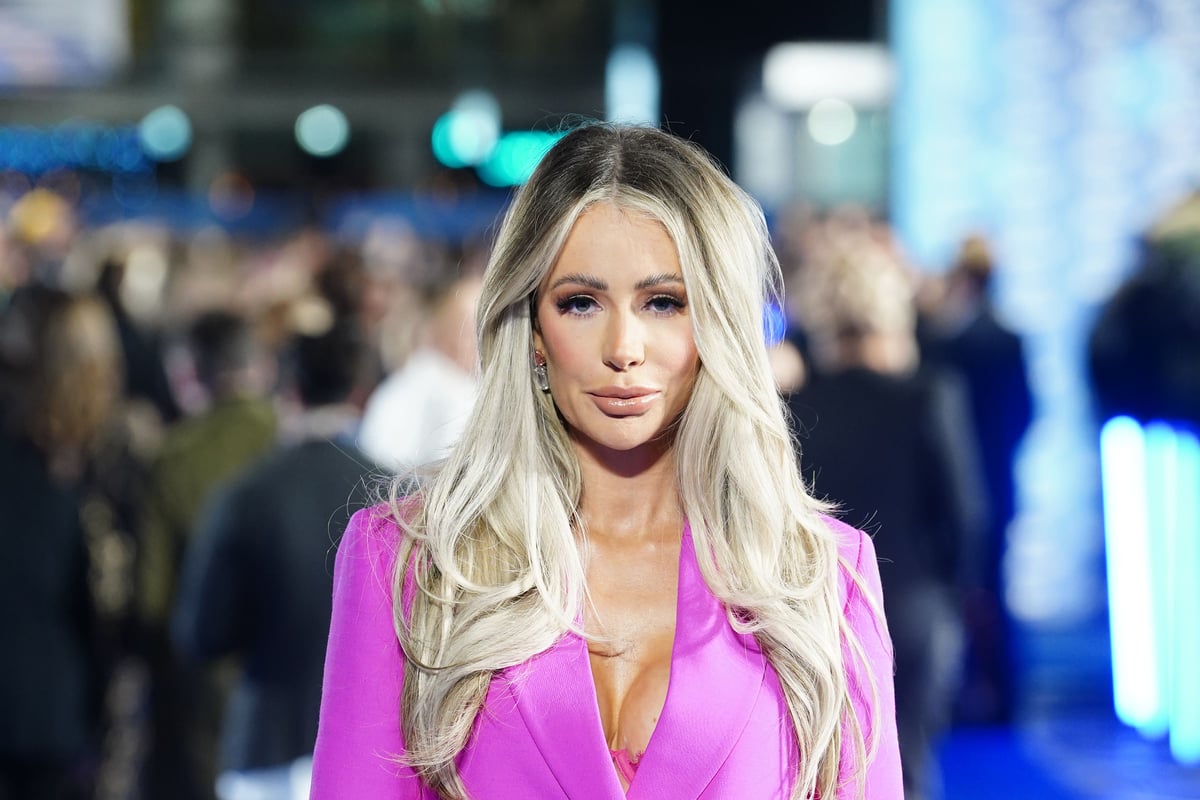 Olivia Attwood said she is enjoying watching I’m A Celebrity…Get Me Out of Here! after leaving the show early as a contestant.

The former Love Island contestant, 31, was forced to withdraw from the ITV show after a routine blood test showed she had low sodium and potassium levels, while also flagging anaemia.

She was asked on Tuesday at a The Sun’s Who Cares Wins Awards, hosted by Davina McCall – which took place at The Roundhouse in North London, about leaving the show.

Attwood said: “I’ve been keeping up as much as I can, I’ve got a lot going on…I’m enjoying it, Jill (Scott) is lovely, Owen (Warner) is lovely.

“I think it’s actually hard to pick a winner at this point. And obviously Chris (Moyles) I got on well with as well…It’s hard to call.”

Attwood previously told the Mail On Sunday that when her tests were repeated in hospital, they came back normal, however the decision was made that she would not re-enter the camp.

On landing back in the UK, the TV star had more blood tests, which again came back fine.

A show spokesman previously said: “The medical team has advised it is not safe for Olivia to return to camp as there needs to be further investigation.”

Attwood also added at the Sun’s event that former health secretary Matt Hancock’s addition to the Australian jungle has been “controversial” and “difficult to navigate” for the celebrity campmates.

“Ultimately, you’ve got to live with that person haven’t you, so you don’t want to not get along,” Attwood added.

Al Murray, Mark Owen and Ellie Simmonds all ruled themselves out of future series of I’m A Celebrity.

Take That singer Owen said: “I couldn’t do that. I’ve seen it on the television, it’s not for me.”

Comedian Murray said: “I would never do something like that, I can say that categorically, I’m not an idiot.

He added: “It’s been quite good fun watching Matt Hancock suffer…it’s been exciting (this season).”

Paralympian Simmonds, who was on Strictly Come Dancing, said she thinks she would not do any other celebrity shows, but “enjoys” watching them.

“Strictly was my favorite, I always wanted to do (it),” she added.

While, British gymnast Max Whitlock said he may have “discussions” in the future about appearing on the show but for now he is in training.

The 29-year-old six-time Olympic medallist added that he is a “big fan” and has been “loving” I’m A Celebrity this year.

It was confirmed in September there will be an all-star series of I’m A Celebrity… Get Me Out Of Here! hosted from South Africa next year.

Anthony McPartlin and Declan Donnelly also confirmed that famous names from the last 20 years of the ITV show will return to compete.

Joey Essex, who was on I’m A Celebrity in the UK in 2013 and in the Australian version in 2022, was asked about appearing on the all stars version.

The former The Only Way is Essex (Towie) star also said: “I’m just concentrating on Dancing On Ice… (it’s my) main focus in life.

Essex also said his partner Vaness Bauer “seems to save me when I fall” and his injuries are healing and are happening less often.

“I just feel like it was perfect timing really, because you’ve got to be committed to a show like this,” he added.

“You can’t just be thrown into six months of ice training and not be fully committed…I’m there an hour and a half early every day.”

I’m A Celebrity… Get Me Out Of Here! continues at 9pm on ITV1.