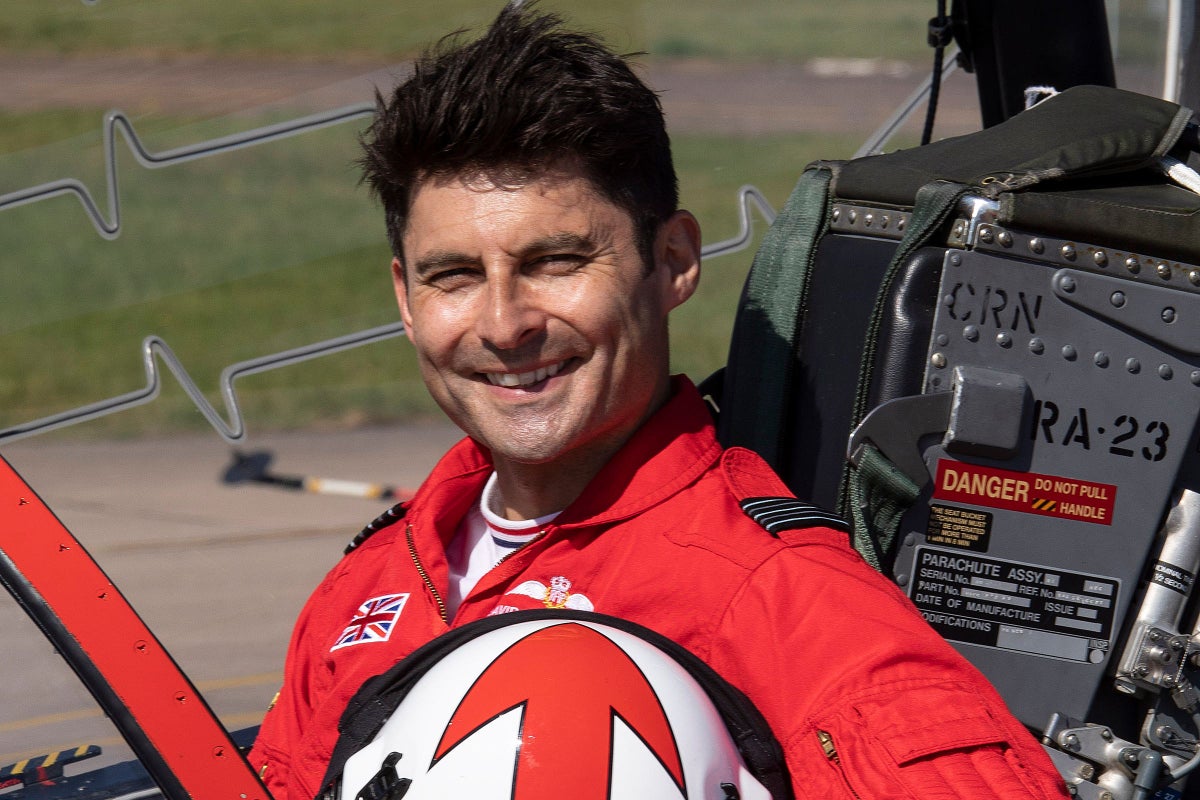 The commander of the Red Arrows has been removed from his post while an alleged relationship he had with a junior team member is investigated.

Wing Commander David Montenegro, known as Monty, allegedly had an affair in 2017 which is reported to have resulted in the colleague’s pregnancy.

According to reports, Wing Cmdr Montenegro, whose official title is Officer Commanding the RAF Aerobatic Team (OC RAFAT), has been sent home from a Red Arrows tour of the Middle East.

The allegations refer to a period when Mr Montenegro was in a previous role in the team.

An RAF spokesman said: “All RAF personnel are expected to maintain the highest standards of behavior.

“The RAF is aware of historic allegations from 2017 that have been made against the current Officer Commanding the RAF Aerobatic Team (The Red Arrows), which will be thoroughly investigated.

“Pending that investigation and without prejudice, the individual has been removed from post. We will not be commenting further while the investigation is ongoing.”

The OC RAFAT post – the administrative head of the unit – is not a flying role and the display team will continue to fly.

According to the RAF website, Mr Montenegro joined the RAF in 1999 and after tours as a fighter pilot on the Tornado F3 and qualified flying instructor on the Hawk T1, he was selected to join the Red Arrows in 2009, with his three years in the team culminating in the role of synchro leader.

After tours in support of Operation Herrick, Afghanistan, as a special projects officer within the US Marine Corps and a tour as a flight commander at the No 1 Flying Training School, the website said he was selected to become Red 1, team leader of the Red Arrows in 2015.

The website says 2022 is his third year as Officer Commanding.

The investigation comes after other allegations were made against the Red Arrows this year.

The Times reported in August that members of the team were being investigated over allegations of misogyny, bullying and sexual harassment.

The newspaper later reported that the aerobatic display team received “unacceptable behaviours and active bystander training” after more than 40 personnel, including young female recruits, gave evidence to an inquiry.

Autumn Budget summary latest: More than half of Britons blame Tories for cost of living crisis