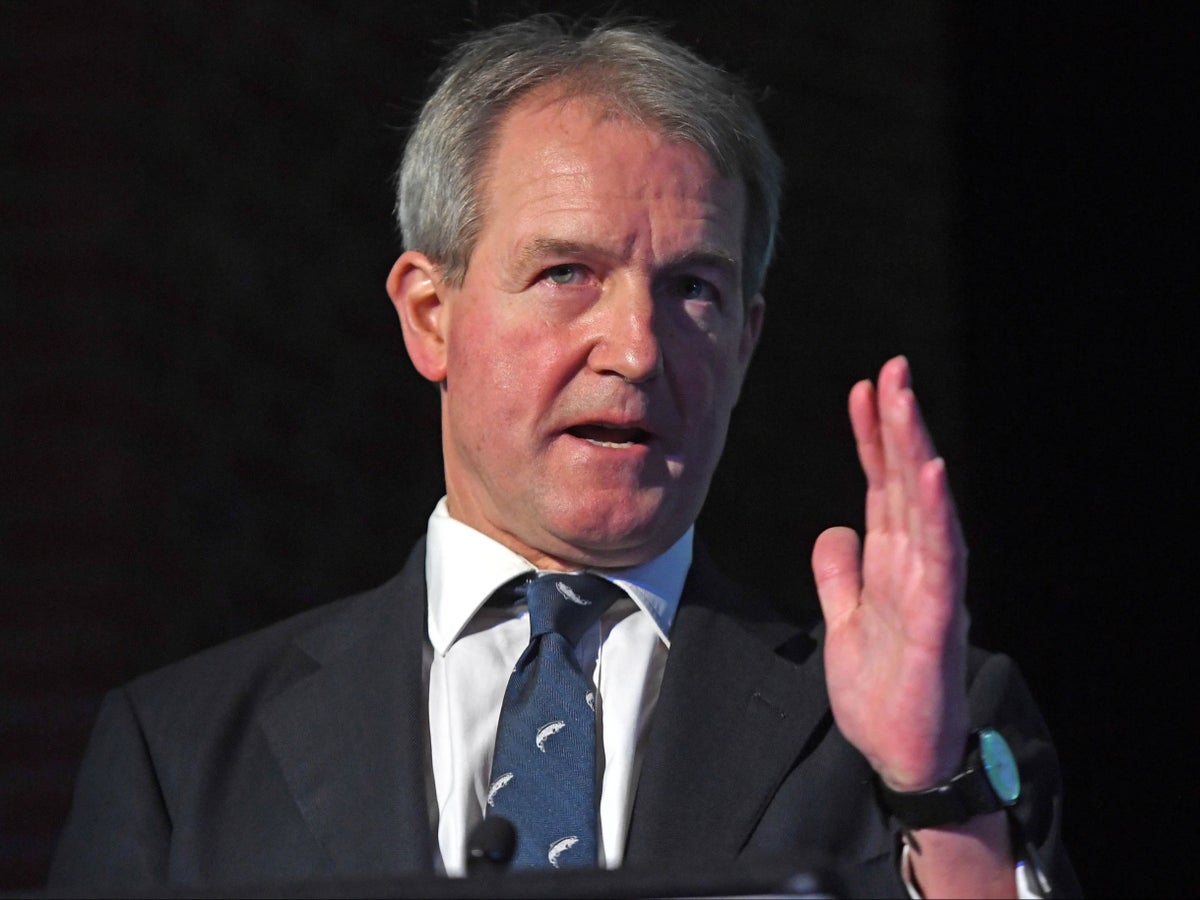 Get our free Inside Politics email

Former Conservative MP Owen Paterson has claimed that his human rights were breached in the parliamentary lobbying investigation that led him to resign.

Mr Paterson left the Commons in November 2021 after being found by the standards authority to have broken rules on paid advocacy.

The episode threw Boris Johnson’s government into turmoil, as the then-prime minister tried to overhaul the misconduct system to save his MP from suspension.

Mr Paterson has now lodged a formal complaint with the European Court of Human Rights (ECHR) claiming the standards investigation had “damaged his good reputation” and was “not fair in many basic respects”.

So what was the Tory MP found to have done wrong? Why did the government try to save him? And why did the episode draw accusations of sleaze from opposition parties?

What did Owen Paterson do?

Kathyrn Stone, the Parliamentary Commissioner for Standards, last week recommended a Commons ban of 30 sitting days for Mr Paterson in a report subsequently approved by a group of cross-party group of MPs on the standards committee.

Ms Stone’s inquiry found Mr Paterson repeatedly lobbied on behalf of two companies paying him more than £100,000 per year – Randox and Lynn’s Country Foods – in what the investigation report described as an “egregious case of paid advocacy”.

Mr Paterson argued that most of his approaches to officials fell within the “serious wrong” exemption in the lobbying rules, which permit an MP to approach officials with evidence of a “serious wrong or substantial injustice”.

But with the exception of one meeting about concerns over milk testing, the committee did not accept that Mr Paterson’s approaches fell within the exemption.

Why did Tory MPs vote to save Paterson? What did they vote for?

On Wednesday Conservative MPs were ordered by the party whips not to back the standards committee’s call for Mr Paterson to be suspended for 30 days – a ban which could have seen him face a recall petition from his constituents.

A planned yes-no vote on Mr Paterson’s suspension was superseded by Tory MP Dame Andrea Leadsom’s amendment to establish a new, Tory-led, committee to reconsider both Mr Paterson’s case and whether a new standards system is needed.

Backed by Downing Street, Tory MPs were told to vote for Dame Andrea’s amendment, a vote the government won 250 to 232 votes.

Some 13 Tories rebelled and dozens more abstained. As the backlash from Tory abstainers mounted on Thursday, Tobias Ellwood, chair of the defense select committee, said: “We’ve lost the argument and indeed some of the moral high ground.”

So what exactly did the government want to change?

The amendment approved the set-up of a new oversight committee, which will be led by former Tory minister John Whittingdale. Although the idea is to have four Tory MPs and four opposition MPs look at the standards system, Whittingdale would have the deciding vote.

The plan was immediately thrown into chaos as Labour, the SNP and Liberal Democrats vowed to boycott it – depriving the new panel of any real cross-party authority.

The government has also been accused of trying to “bully” the Parliamentary Standards Commissioner – the independent investigator of cases of alleged misconduct – out of her job after a senior minister suggested Ms Stone “consider her position”.

Business secretary Kwasi Kwarteng said: “I think it’s difficult to see what the future of the commissioner is, given the fact that we’re reviewing the process, and we’re overturning and trying to reform this whole process.”

Why did the government U-turn on its plan?

In an apparent climbdown on plans for a Tory-dominated committee to rewrite the conduct rules, Commons leader Jacob Rees-Mogg told MPs on Thursday morning that he would now seek cross-party talks on reform.

Mr Rees-Mogg conceded that the link between Mr Paterson’s case and need for wider reform “needs to be broken”, adding: “We will bring forward more detailed proposals once there have been cross-party discussions.”

No 10 then made clear at lunchtime that Mr Paterson will now have to face a fresh vote on the 30-day suspension.

A vote had been expected next Tuesday to reopen the MP’s case, with the same vote asking MPs if they wish to overturn the decision to establish the new committee.

The government’s thinking may have changed after a furious backlash from dozens of Tories. Jill Mortimer, one of the red wall Tories who rebelled, said: “This was a colossal misjudgment.”

Labor had also reportedly prepared adverts highlighting every Tory MP who voted in favor of the Leadsom amendment.

Why did Owen Paterson resign?

Mr Paterson announced that he would resign as MP after the government announced its U-turn and allowed a fresh vote on his lobbying activities.

The Tory MP had reportedly not been informed about Downing Street’s change of heart – only finding out from reporters while out shopping at a supermarket on Thursday.

Rather than face defeat and receive a 30-day suspension next week – which would have left him open to a recall petition – he decided to quit as the Tory MP for North Shropshire.

The man at the center of the storm said he wanted to leave “the cruel world of politics”. Unrepentant, he said he was “unable to clear my name under the current system” and accused people of mocking his wife’s recent death.

Core Scientific in ‘substantial doubt’ of continuing without more cash

What did Owen Paterson do? Tory lobbying scandal explained